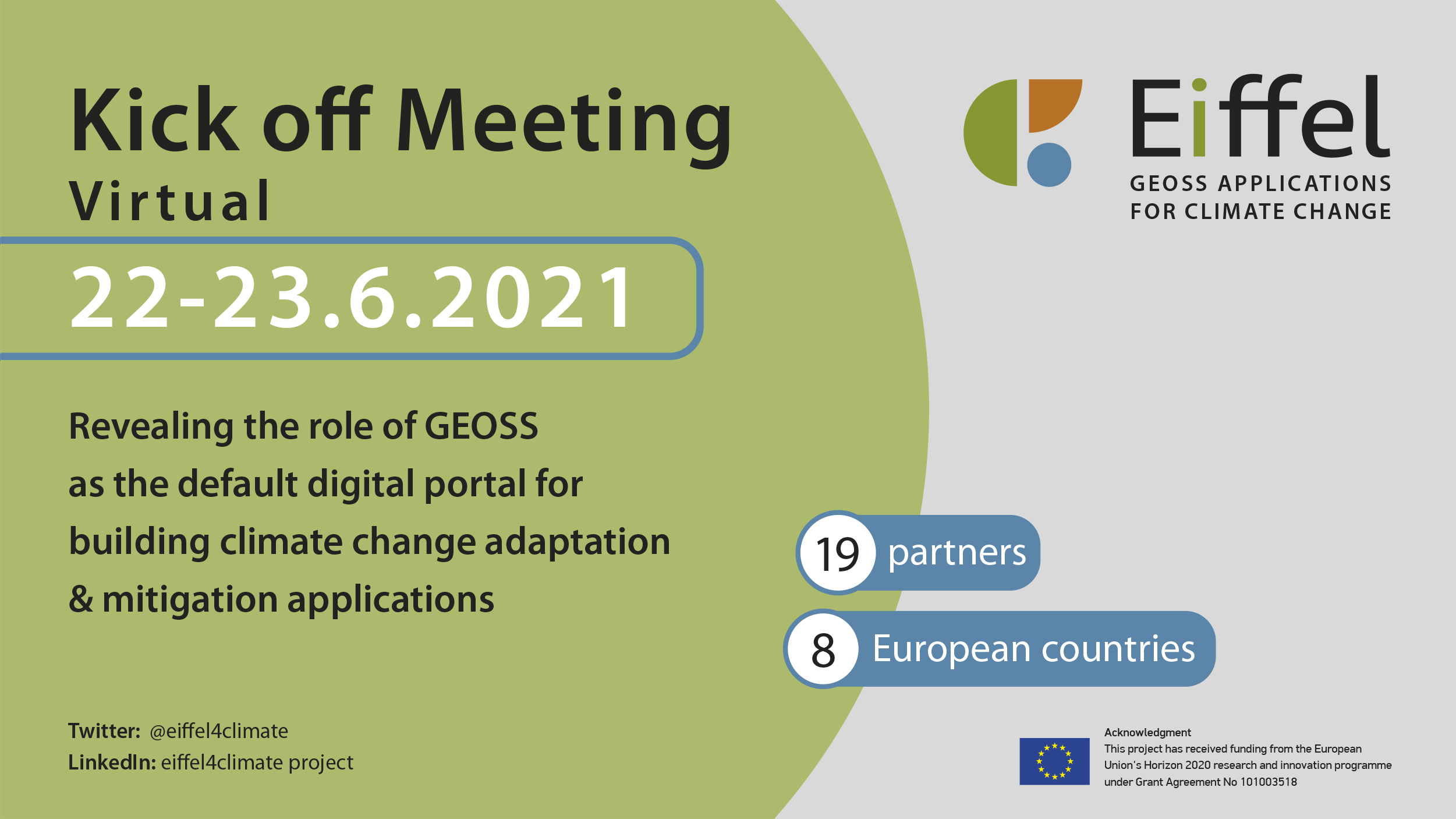 19 partners from 8 European countries participated in the virtual kick-off meeting of the new H2020 project EIFFEL, held in 22nd & 23rd of June, 2021.

EIFFEL [Revealing the Role of GEOSS as the Default Digital Portal for building Climate Change adaptation & mitigation applications] will be a game changer in the domain of climate change adaptation and mitigation by harvesting the benefits of the GEOSS data. The project will offer to the Earth Observation community the ground-breaking capacity of exploiting existing GEOSS datasets and will also build upon prior knowledge, with minimal new data collection activities. Added-value services interoperable with GEOSS will be designed, using cognitive search and metadata augmentation tools based on Artificial Intelligence, including Natural Language Processing. These tools will leverage advanced cognitive features to extract meaningful information from and enrich GEOSS metadata.

The main objectives of the EIFFEL project are to: